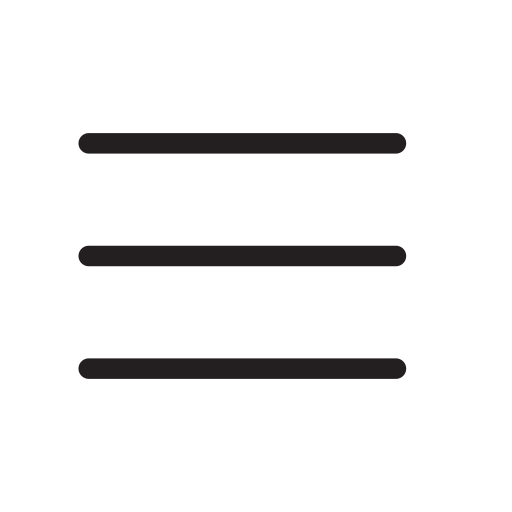 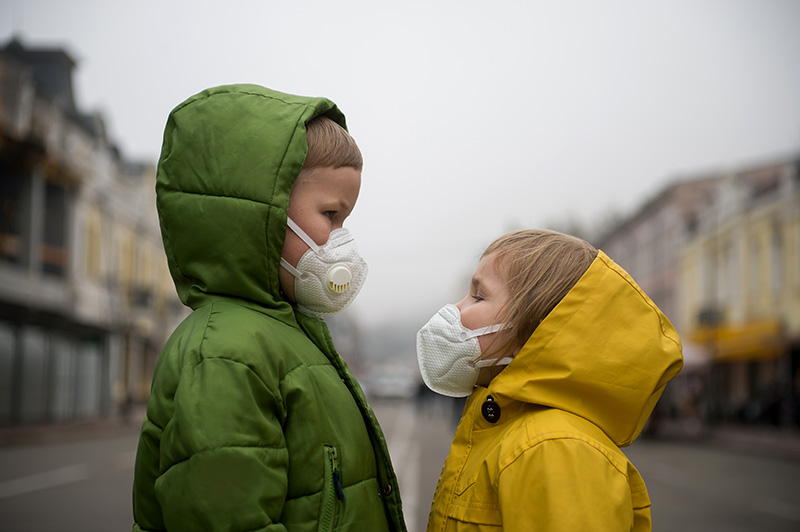 Any disease comes with a percentage chance that you might die from it. So what are the chances of dying from COVID-19? We've all seen news reports from Italy showing daily motorcades of army trucks carrying hundreds of bodies away. Or reports from New York on their plans to dig mass graves on Hart Island as morgues reach capacity. But then in places like Australia and South Korea, fatalities have been comparatively low and morgues remain unchallenged. Comparing the number of deaths per capita between countries shows different countries, facing the same virus, are experiencing different outcomes.

Deaths per 1 million since first death

So how fatal is it? We know enough to say COVID-19 is not as deadly as Ebola or Smallpox. But, that it's more deadly than the Influenza Virus (Flu), Eppstein Barr Virus (Glandular Fever) or Hepatitus A Virus. Yet its exact fatality rate remains unknown because of two things:

That said, as this topic receives increasing debate on the interwebs, let's indulge the discussion for a moment to see if we can't reach a more nuanced understanding of how deadly COVID-19 is or isn't.

One basic measurement for fatality is the Case Fatality Rate, or CFR. This means all confirmed cases measured against all deaths where a medical doctor attributes the cause of death to that disease. For example, if we had a room of 100 people infected with COVID-19, and we know COVID-19 was what caused 10 of those people to die. Then we can say COVID-19 shows a Case Fatality Rate (CFR) of 10%, (10 divided by 100).

But what if outside that hypothetical Room 1, there was a hypothetical Room 2 with another 900 people? What if each of those 900 people were infected with COVID-19 but we didn't know that because none had been tested? This is where IFR comes in. Infection Fatality Rate (IFR) means taking the total of all people infected - the ones we know AND the ones we don't know - then comparing this number to deaths. In this example, we would therefore have 1,000 people infected with COVID-19, (100 infected from Room 1, plus 900 infected from Room 2), and the 10 deaths we saw in Room 1. So where our CFR was 10%, our IFR is just 1%.

As you can see, IFR is more accurate - but also more complicated. This is because to know the IFR, you have to know how many people in the population have COVID-19 but:

This is partly why a strong testing regime is important. Without this, only the sickest portion of people infected are likely to become known. This results in an inaccurate representation of the diseases spread in a community. With extensive testing and other disease surveillance measures, your CFR is going to be much closer to the IFR.

Asymptomatic Cases can be broken into two categories and one of these is of particular concern to health leaders. The categories are:

In the first category there is little concern, but that second category can turn into a real nightmare!

Of concern to officials, is that Asymptomatic Cases have been observed in COVID-19. The additional complication with COVID-19 is that unlike virus's such as the flu, the time can be so long between when someone gets the disease and when they show symptoms that it can be difficult to determine the difference between pre-symptomatic vs truly asymptomatic cases.

This is a crucial distinction. Confusion between these two labels has trickled through to some pockets of the media and presented a few social challenges. For example, a number of media outlets noticed large percentages of tests were resulting in 'asymptomatic' test scores in some cities. Not following up a month later to assess if they were truly asymptomatic or just pre-symptomatic, articles were written proclaiming the high asymptomatic percentage, then projecting this percentage onto the broader population to suggest that hundreds, or even thousands, of asymptomatic cases may be going undetected. Different groups then used this to advocate for two opposing ideas:

Unfortunately the entire premise was flawed because the stories failed to differentiate between pre-symptomatic and asymptomatic cases. Pre-symptomatic cases are likely to show when active testing and contact tracing initiatives are underway. And whilst most people show symptoms within 2-14 days from infection. Some have been known to take up to 24 days.

In the first WHO mission to China, they noted there were a number of asymptomatic cases observed, yet also noted that most later went on to develop symptoms. An important finding. A study from Washington in America found the same thing, and genomics research from Imperial College suggested the genetics of the virus was unlikely to result in a high number of asymptomatic cases. Countries with strong testing regimes like South Korea and Australia have also yet to reveal any large cohorts of asymptomatic cases lending further weight to this theory. In a press conference from early April, WHO shared they'd been finding 75% of people categorised as Asymptomatic had later gone on to develop symptoms, and in their Situation Report from April 2, WHO commented that so far, whilst a small number of truly asymptomatic cases have been recorded, importantly - no human-to-human transmission had yet been observed from any of these.

Whilst early indications are good that COVID-19 asymptomatic cases are few and fall into Category 1, this is still an area of active research and concern. Evidence around the number of asymptomatic cases, and whether those can cause infection, have significant impacts on government planning and policies. Firmer answers will come with time.

Infection and Fatality Rates are not always uniform across a population. This is particularly true of COVID-19. The high percentage of people recovering from COVID-19 hides an important nuance - the percentage of recovery isn't high for everyone. When COVID-19 reaches those above 60, or people with pre-existing conditions, the fatality rate increases significantly. This means fatality rates will appear higher in cities where the disease passes through sick or elderly communities. And likewise, it will be lower in cities where it passes through younger or fitter demographics.

Whilst different countries are seeing different percentages, all countries are observing that as age increases, so does COVID-19's fatality rate. For those older than 80, the fatality rate has been 25% in Australia, 23% in South Korea, 15% in China, 29% in Italy and 38% in the USA.

COVID-19 has also been shown to prey on those already sick. Early findings from Italy and China showed that most people who died had at least one pre-existing condition. Whilst COVID-19 is primarily a respiratory illness, when it becomes critical, it places significant pressure on the internal organs and immune system. For those with organs or immune systems already weakened from another condition, this can drastically effect their ability to fight the virus [1].

Calculating fatality rates also means taking into consideration nuances from each country or city. For example, the fatality rate was lower in the rest of China because they were prepared, whereas COVID-19 took Wuhan by surprise. So which is the more accurate fatality rate? 5.91% from Hubei because that shows the unmitigated impact of the disease when no safety measures are in place? Or 0.98% from the rest of China because that shows how fatal COVID-19 is in a more 'real world' scenario?

Or what about Italy. Was the fatality rate higher in Italy than China because their health system got overrun? Or were the figures inflated because they might have recorded Cause of Death statistics differently? Or perhaps it was because the average age of Italian cases was so much higher than China?

Expertly analysing the fatality rate means tacking into consideration, and adjusting for, all these contextual variables.

In the middle of an infectious disease outbreak, stats and ratios are changing every day. It's therefore important to take into consideration how timing can affect different data points. If we go back to our 100 confirmed cases in Room 1 above - what if they only just became confirmed? If this was the case it would be unlikely for there to be any deaths. If there were no deaths does that mean COVID-19 had a Case Fatality Rate of 0%? Well. Yes. But if we came back two weeks later, and then again four weeks later, and then finally 8 weeks later - we would likely get different Case Fatality Rates each time - even though we're looking at the same cohort of 100 cases every time. In China, people who died did so on average between 2 to 8 weeks after being infected. When looking at the data, new confirmed cases are therefore always going to be weeks behind new fatalities.

Because of this, it matters hugely what stage of an outbreak a country is experiencing. If a graph of confirmed cases is growing exponentially, the CFR is always going to be significantly lower. In fact, ironically, the more a country lets COVID-19 spread, the lower the CFR will be in those initial few weeks or months. For example, compare the CFR difference between Germany and Russia on April 19.

Does this snapshot mean Russia, with a CFR of only 0.8% (361 deaths from 42,853 confirmed cases) is doing much better than Germany who shows a CFR of 3.2% (4,538 deaths from 143,724 cases)? Should we now go look at what Russia is doing to see how they navigated COVID-19 with 4 times less fatalities than Germany? The numbers are incomparable because these two countries are at very different stages in their outbreak. You can see this by looking at the graph of daily cases in the bottom right. Russia is only just beginning its outbreak whereas Germany is bringing theirs under control.

Epidemiological communities around the world make these type of calculations and analysis their life's work. Hints above to some of the complexities that need to be adjusted for, makes a good case for relying on their specialisation in these moments. However, at the same time, it can be fun to dabble with our own estimates and modelling. To do this well, we can drastically improve our odds by borrowing from three simple considerations:

Discussion around fatality rates needs to be 'handled with care'. This is why epidemiologists often refer to CFR in an outbreak not as Case Fatality Rate, but Crude Fatality Rate. This reminds them that in an outbreak, CFR is a rough measuring stick. Whilst the crude global fatality rate has been floating between 2-4%, this is likely to rise a bit further and then come down overtime. After adjusting for a variety of factors, most experts currently estimate the fatality rate for COVID-19 will range from 1-2%.

From what we know so far, we can see COVID-19 is not the most deadly virus. It's worse than other viruses like the Flu, the Common Cold and Glandular Fever - but it's not a disease that's going to wipe out half the words population. Comparing COVID-19 to infectious disease outbreaks in the last 50 years shows COVID-19 has a significantly lower fatality rate than most. Yet at the same time we can see the total number of deaths accruing is comparatively high.

So is COVID-19 a big deal? From looking only at fatality rates we actually can't reliably answer this question. Fatality rates are only one part of what health leaders consider when assessing if a new disease is a big deal or not. For COVID-19, the main concerns are in the next few pages as we examine:

Why all the talk about hospitals? 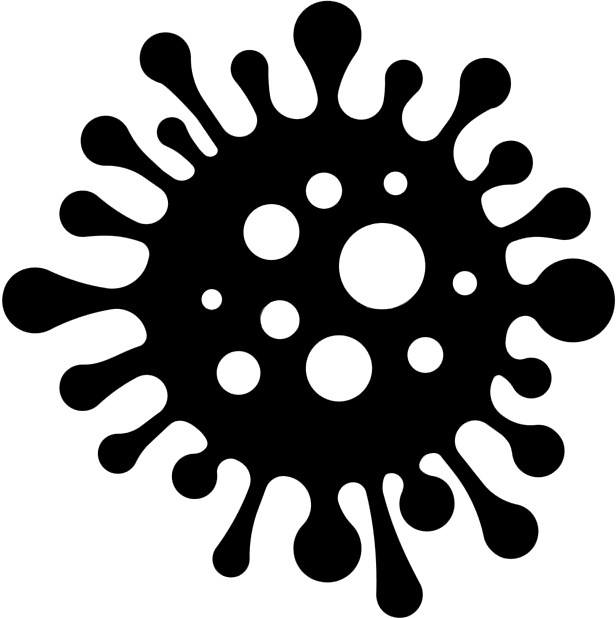